How to create NST token V2

We have used JWT as NST in our API/app. JSON Web Token (JWT) is a JSON-based open standard for creating access tokens that assert some number of claims.

For example, a server could generate a token that has the claim "logged in as admin" and provide that to a client. The tokens are signed by one party's private key (usually the server's), so that both parties (the other already being, by some suitable and trustworthy means, in possession of the corresponding public key) are able to verify that the token is legitimate.

The tokens are designed to be compact, URL-safe and usable especially in web browser single sign-on (SSO) context.

JWT claims can be typically used to pass identity of authenticated users between an identity provider and a service provider, or any other type of claims as required by business processes.

JWTs generally have three parts: a header, a payload, and a signature.

nopStation includes JWT (JSON Web Token) security. You can enable JWT security from the admin panel. It will require an NST header for every API request. JWT payload (NST_KEY) contains the Token key which is encrypted by the HS512 algorithm against your signature/Token secret. By checking IAT (Issued at) you can set the validity of a JWT Token.

Use Token secret as 512 bit secret

***Developer has to change these two values by copy-pasting according to server value(NST_KEY and NST_SECRET).

File API.swift contains TokenKey and TokenSecret constants. Put the same value as on the admin panel. 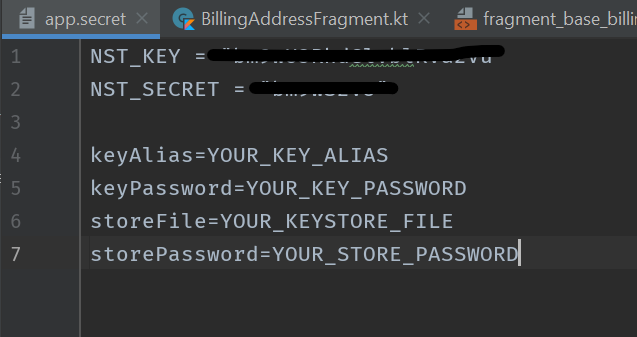 ***Developer has to change these two values by copy-pasting according to server value(NST_KEY and NST_SECRET).

Secure Payment Via trusted payment channels/ Gateways.
High Quality Products Professionals with 12+ years of work experience.
100% Satisfaction Quality product with guaranteed satisfaction.
24/7 Customer service Ready to help you at any time zone.
Want to Get Discount & Product Updates From Us?

Don’t miss any updates of our new Apps, Themes, Plugins and all the astonishing offers we bring for you.